I first started out with using foldmethod=expr and messing around with foldexpr to determine if it was inside a docstring or not and fold appropriately, but this very quickly became quite complicated.

Eventually I settled on adding a syntax folding rule after the Python syntax file has been loaded by using an after directory. This allows me to autofold docstrings in a much saner way than writing a large foldexpr. Prior to this I didn't realise how easy it was to write vim syntax extensions, it turned out to be much less messy than I thought.

To do this, first make sure folding is enabled and your foldmethod is set to syntax in your config. You can do this just for Python by doing something like the following:

Then, add the following lines to ~/.vim/after/syntax/python.vim:

These lines are ripped straight from syntax/python.vim shipped with vim 7.4, and have just been edited to include fold. It's possible that a future update would change the syntax names, but realistically this should be fine for the forseeable future, and is not difficult to fix if that were to happen.

You can also optionally set the fold to show the first line of the docstring (assuming you always add a newline after your docstring starts):

You should now have gone from something like this: 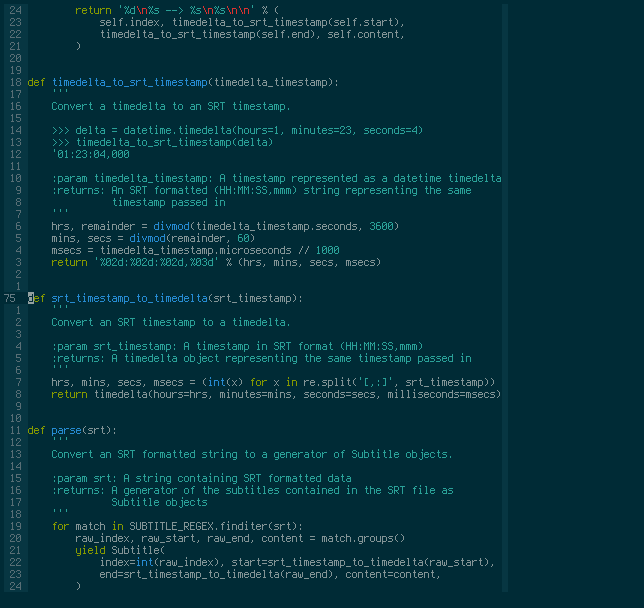 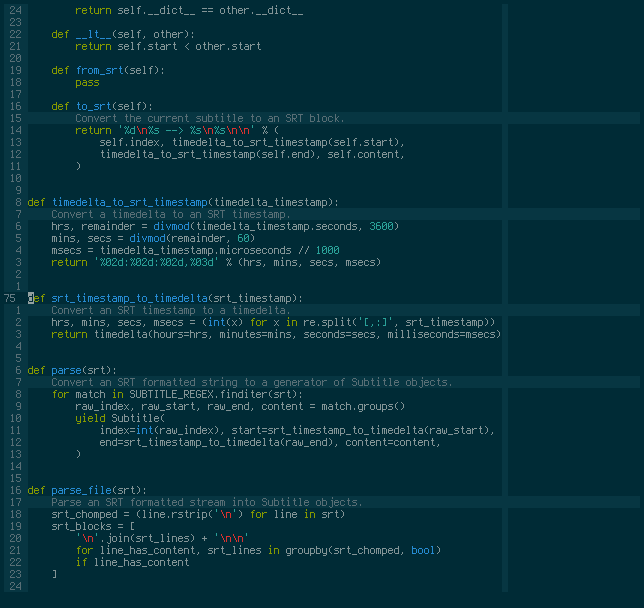